Engage younger and older people in gardening by constructing a labyrinth from flower bulbs.

The labyrinth can provide a unique, facilitated alternative to traditional playground activity, and the process promotes planning, collaborating and sustainable community connection.

Organize a planting, and enjoy the labyrinth as a temporary and beautiful construction that can be mowed after the bulbs…
Continue

Conference on the Value of Play --Layers in Another Clear Deficit

Those of us operating in relation to Park and Rec facilites with ample outdoor features are often lucky enough to get to see how kids thrive and grow through playful interaction with nature and each other.

Though, as we know only too well, most children aren’t getting outdoors enough, and that is creating a “play (as well as nature) deficit.”

Next week, a couple of hundred experts gather at Clemson University to explore the distinctive value of play.

Using Nature as the Great Equalizer

Losing Oneself in School; Retaining Balance Through Nature

When children enter school, they bring with them their natural capacity for surveying the land and making meaning.  But for many children, school means leaving some of themselves behind and disconnecting from a natural world of movement and lots of self-directed stimulation. Plenty of the school curriculum requires children to meet task demands that don't relate to… Continue The world needs more people like Roger Long pouring their love and creativity into the land.

For those that saw the enactment of Teddy Tai and Teddy Chi on Oct 1st in San Diego ~~ A Poem employed as a way to have children move and feel balanced ~~ you'll also enjoy the video (link below) which shows TckTckTck the polar bear encouraging balance in the environment as well. These imaginative approaches can really help influence a generation to think and feel more ecologically . .…

Blogger’s note: This commentary expands on the class…

Motherhood: A Unique Link to Nature: Part of Special Edition of Ecopsychology Journal Women often experience and interact with their natural surroundings in ways that differ from men. The way in which those differences affect a woman's sense of self, body image, and drive to protect and preserve the environment are explored in a thought-provoking special issue of Ecopsychology, a…

TIPS When You Have to 4-go Barefoot Goodness: Soft Soles = Healthy Development

Adjuncts to Let's Move: Let's Move Outside and Chef’s Move to Schools


Let's Move Outside is a complementary program launched by the USA's First Lady in the Spring of 2010 to help solve the challenge of childhood obesity within a generation.… For those exploring options and development of transformational gardens: Therapeutic and/or Schoolyard.

The Therapeutic Landscapes Network's (TLN) new site is up.

It includes a directory of designers and consultants, a comprehensive list of articles/links and a handsome reference section.

What is the Best Dose of Nature and Green Exercise for Improving Mental Health? As autumn rolls in, take time to encourage your little "human squirrels" to frolic and play amongst the leaves.

Mother Nature has some lesson to bestow via our furry friends~~~

Like most people who have bird feeders, I've squired to steer squirrels from… A lament from the Children and Nature Network is that in the last score or so of years children of the digital age have become increasingly disenfranchised from the natural environment, sometimes with perilous implications, not only for their physical fitness,…

Bloggers Note:
The entry below was written to initiate our community-vested garden project at the City of Delray Beach, FL Park and Recreation site called Veterans Park. Delray Beach is referred to as the "village by the sea". For those interested in creating community gardens, we found clearly outlining the part people can play vital to moving our project forward. The second…

by R. T. Eady, M.Ed, NCC, Ko~Sha~Rey Rhythms Therapeutics
Oftentimes, when I speak at a conference in the USA or present my 3-Bs (Breathing, Balance and Bi-Lateral Coordination) seminars, I begin with a demystification of what Tai Chi is doing to bring body, mind and spirit together in a movement meditation. All the while underscoring why these holistic considerations are so important for both ends of the age spectrum…
Continue 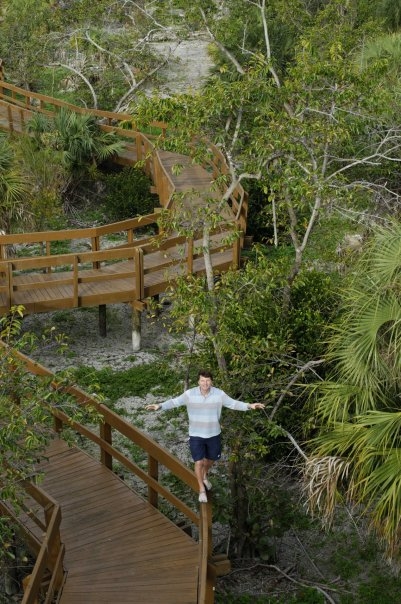