It's official Autumn has arrived - today is the Autumn Equinox - and as I have two hours to myself, what better time to share a post about Forest Bathing? Yes, this is actually a thing! Without realising it we partake in this activity pretty much every weekend. Forest Bathing, or Shinrin-yoko, as the Japanese call it, simply means to "take in the atmosphere of the forest". It is even prescribed by doctors as a therapy to help health and well-being. I suddenly feel very trendy.

Last weekend was sunny, so we took a walk up to the woods that run alongside the A22 in Caterham, Surrey. The ground up there is very damp so perfect for a bit of mushroom spotting. There were loads of Fly Agaric (I am totally turning into a mycology geek) these are the good old fashioned red spotted toadstools, straight outta fairy land, but very poisionous. 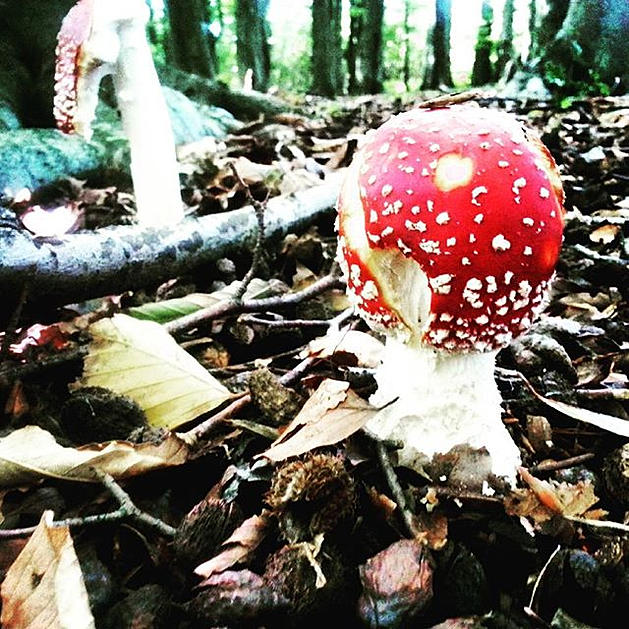 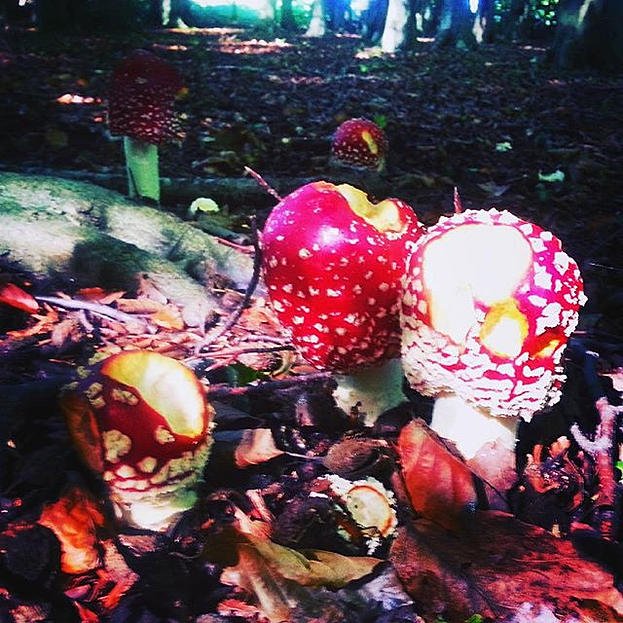 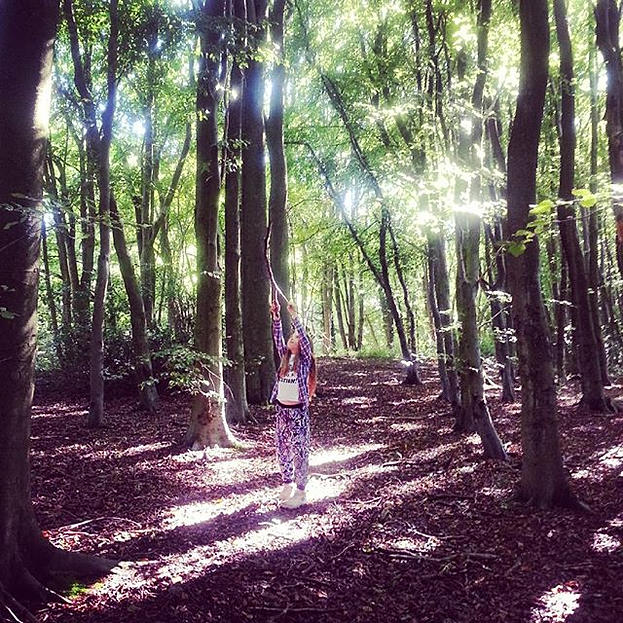 (She is being Coraline with her magic dowser by the way!) 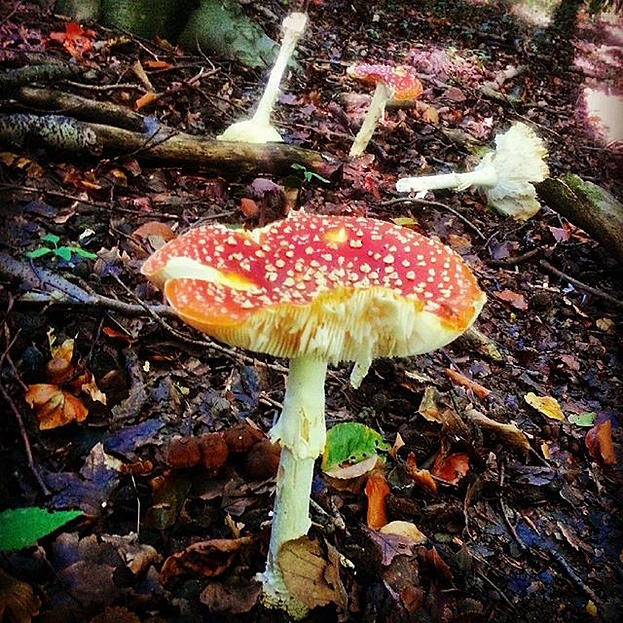 The light beaming through the trees was amazing, and we picked up a few leaves for future craft projects. 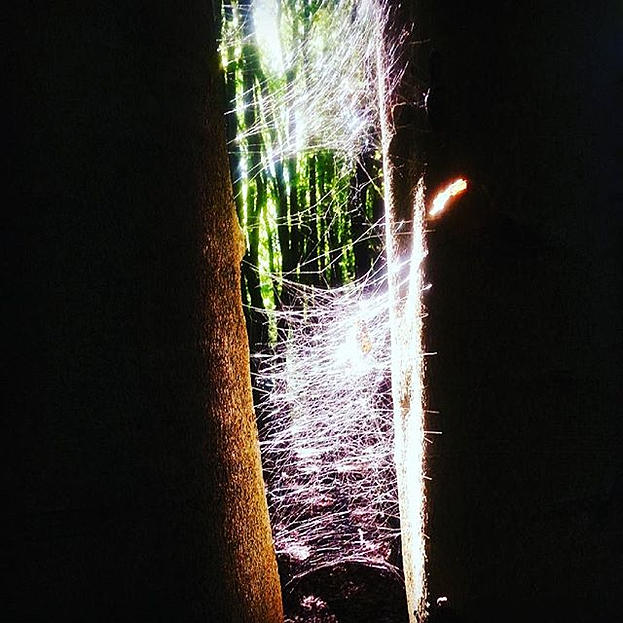 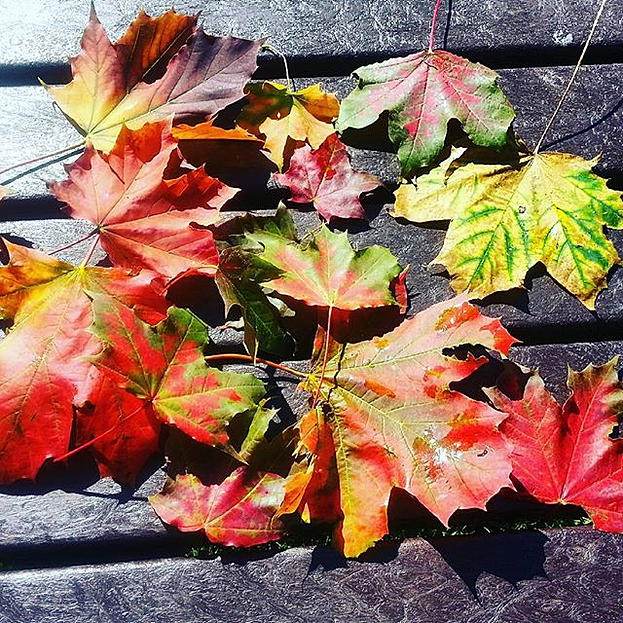 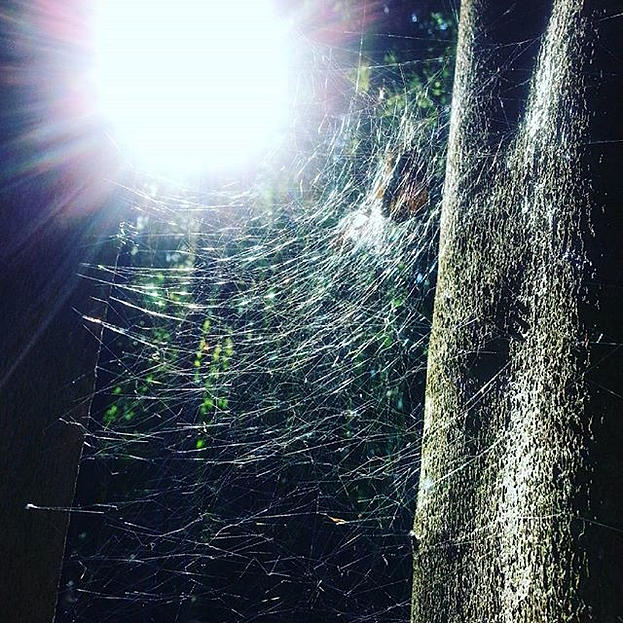 Well, sad to say, I was so excited about finding mushrooms that we decided to go back on Sunday to look for more. I also asked the girls to dress as fairies, hoping to get some good photos. This turned into a four mile hike in the end as we headed along the North Downs Way but we found some pretty cool things. 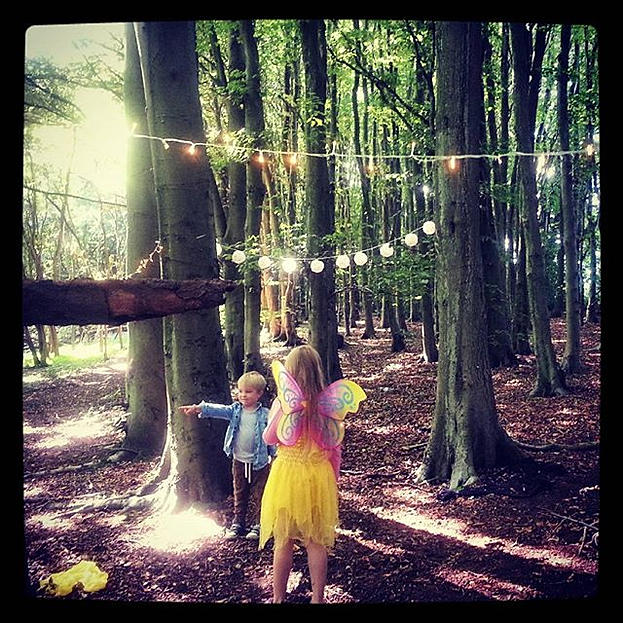 Firstly THIS! Looks like somebody had a little get togther in the woods, but left the fairy lights behind - how cool. Then we found more mushrooms, the purple ones are called Wood Blewits. 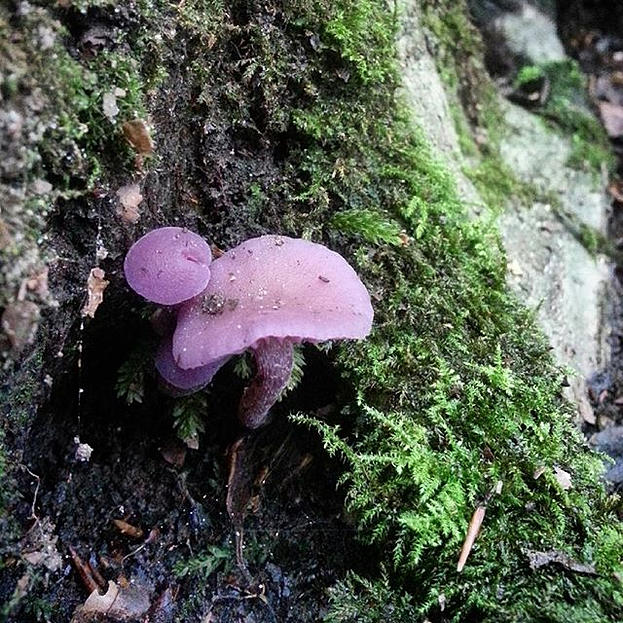 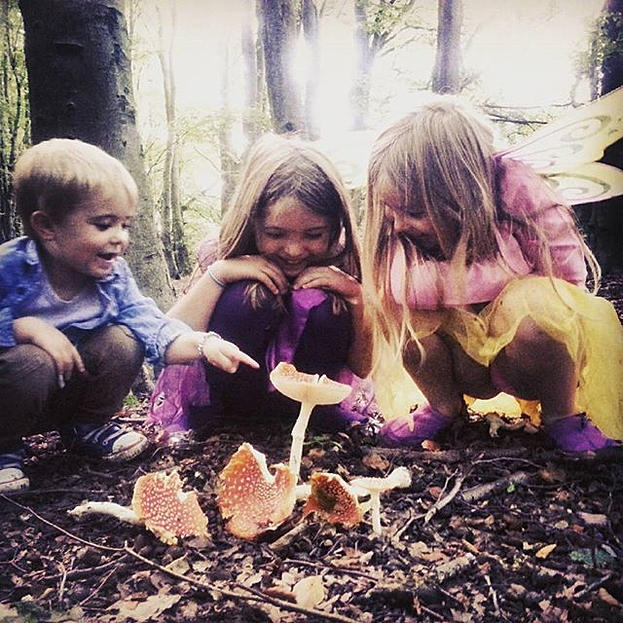 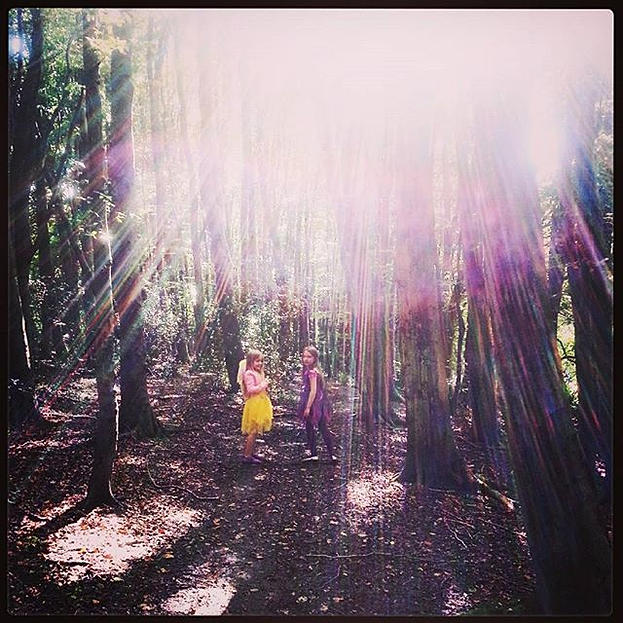 We headed down the bypass towards Godstone and turned off onto the North Downs Way heading up to the viewpoint, picking elderberries along the way. 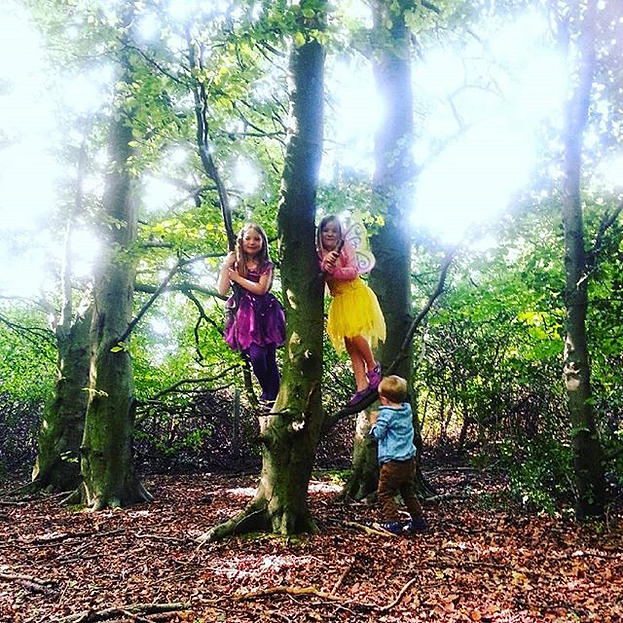 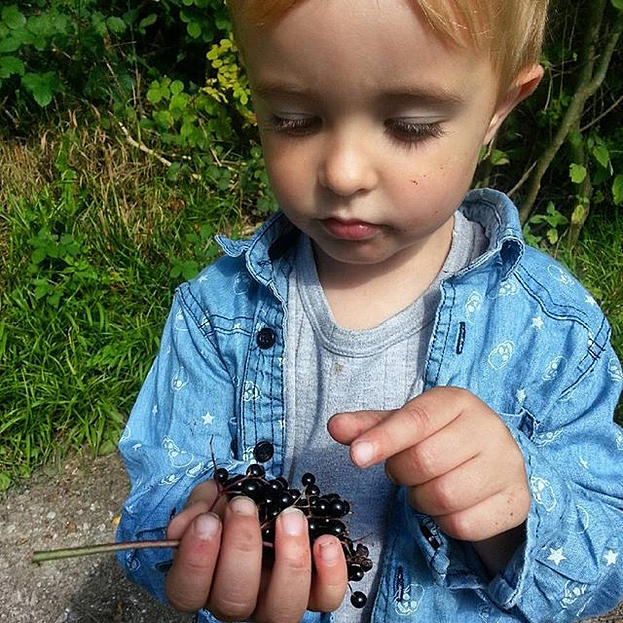 Below are Fairies Caps. 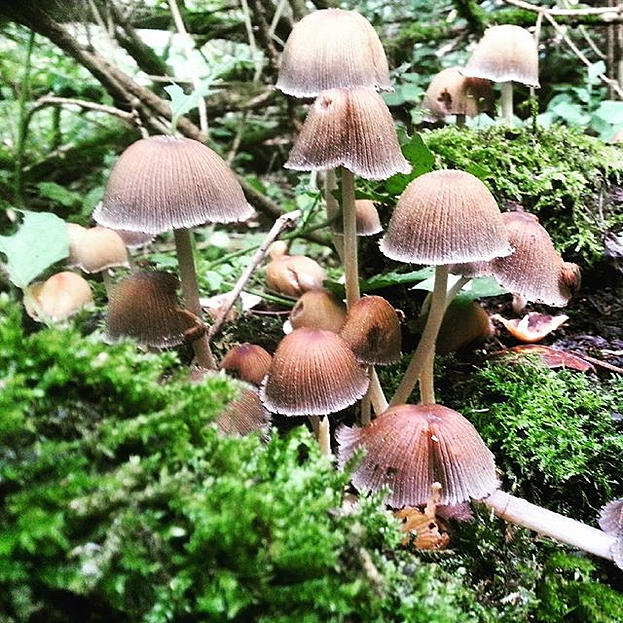 We headed back down Harestone Hill, there is a pretty epic view from the top! 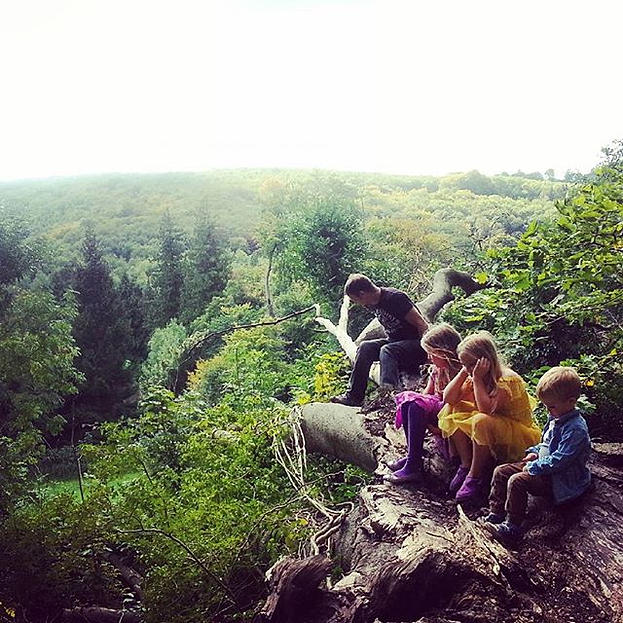 This is a walk we do often and we love it! On a previous walk we found parasol mushrooms, which are great to eat! 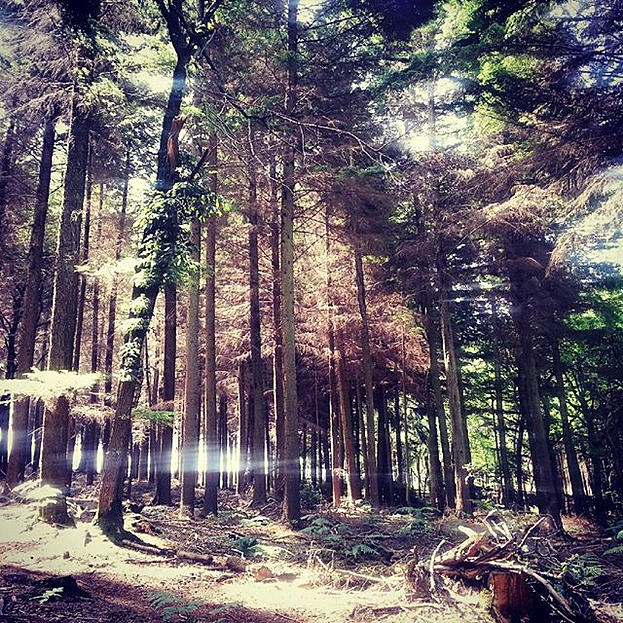 Here is a parasol, they are pretty big and very tasty! 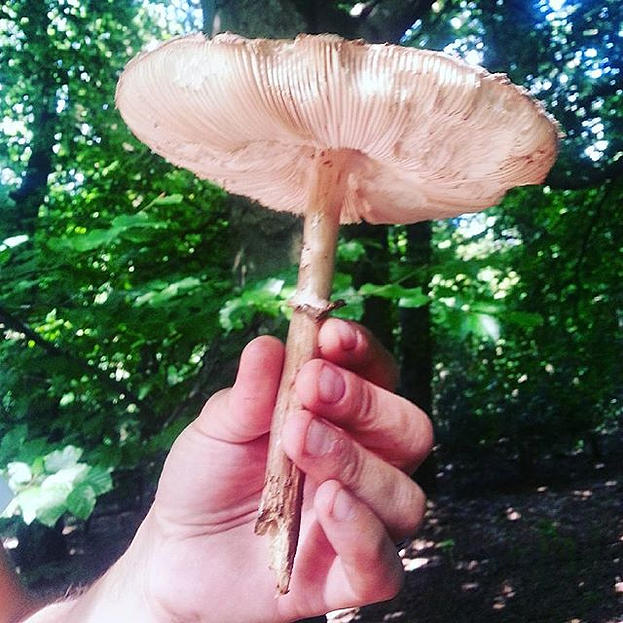 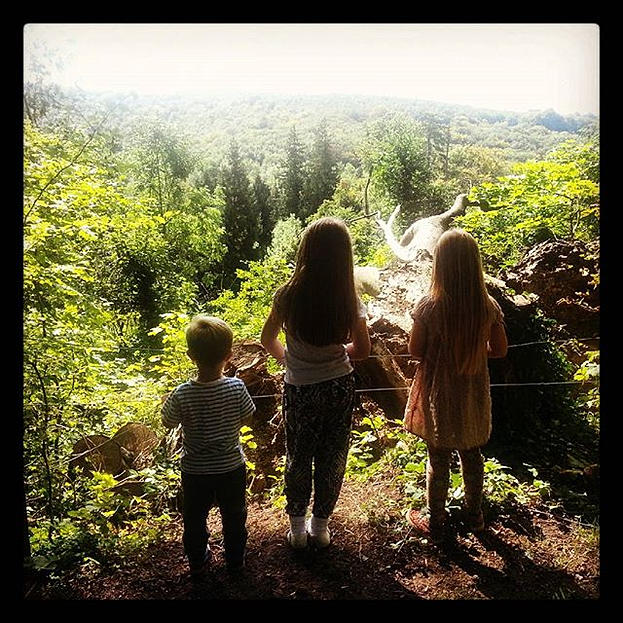 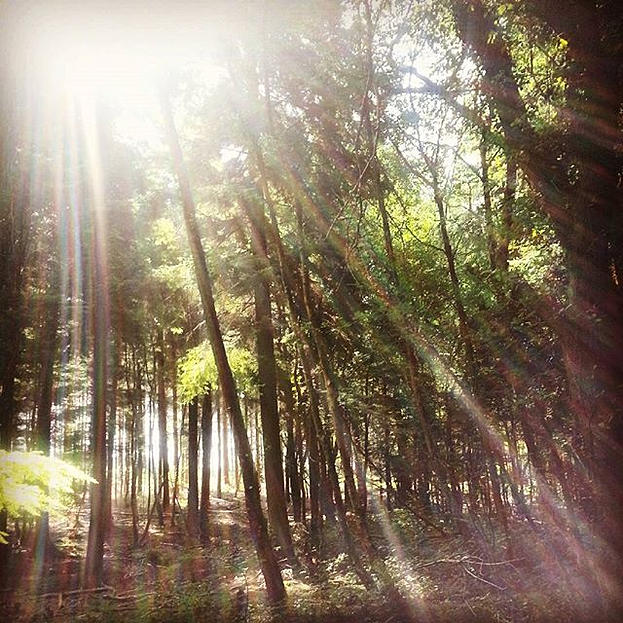 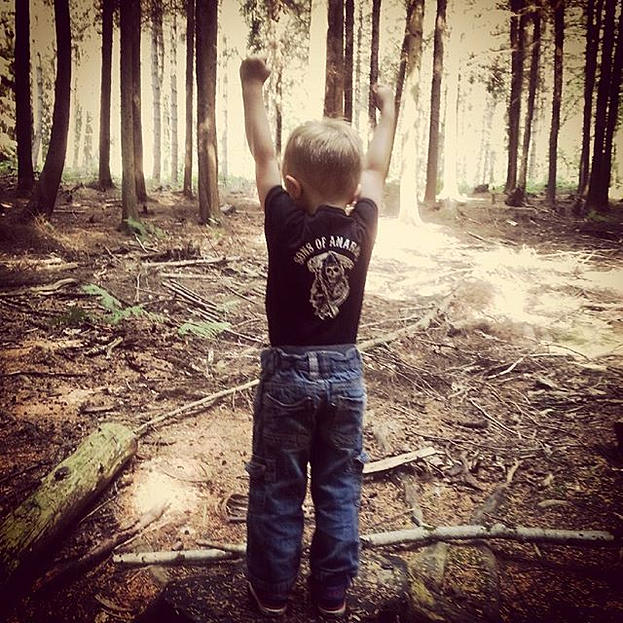 In fear or sounding like an old hippy, I would totally prescribe a bit of Forest Bathing to anybody - it costs nowt, it's refreshing and relaxing, and if we could we would totally live in a log cabin in the woods!