The Poetry of our Soul

The Poetry of our Soul
My schedule for many years has been quite simple. I begin my day at 4 a.m. with a few stretching exercises. Then, I practice various yogic postures and pranayama. Once I have finished this routine, I…
Continue

True meditation is the art of being creatively present.  What does it mean to be creatively present?  We must live in the present moment, without being a prisoner of  past conditioning.  Do not be misled by what you see in the world around you, the passing show with its violence, greed, and lust for power.  We are incarnations of the light of the cosmos, and within that… A friend of mine forwarded this photo to me and I quickly fell in love with the concept. I dream about having a classroom in the middle of a forest for children, with walls that could be moved, windows that could be opened or closed,  and roofs that allow the natural light in. Or is it again indoorizing children? A false assumption that they're outdoors, in nature while they're actually in a box? Or can we use the concept but allow a natural osmosis between indoor… 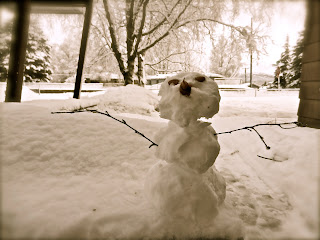 It is essential that any Forest Kindergarten teacher or Nature Pedagogue have passion for the natural world and be able to convey a sense of awe and wonder to the children. The inherent curiosity that children have about nature must be stimulated and expanded. I believe that all children are born with an affinity for the natural world and want to immerse in it however this natural tendency needs to be stimulated before age five in order for it to be a lifelong connection.

From the Project Learning Tree Site:Why EE is important.

Tomorrow's leaders need to be equipped for tomorrow's challenges, and we must adequately prepare our children for the future they will inherit. That requires a commitment to providing children with environmental education that helps them become the educated thought leaders of tomorrow.

Exploring and discovery comes naturally enough for kids, but sometimes even they can grow bored and become restless. Remember that they have shorter attention spans than adults. Fortunately, there are lots of tried and true activities you can do on the trail that'll keep kids from getting bored. The scavenger hunt is one such activity.

Kids can create their…

We Want To Learn Outdoors

Last month, whilst back home in Scotland, I heard about a primary teacher from Peebles who was running forest school classes. I was intrigued how she was able to incorporate such classes into the school curriculum and wanted to learn more. Here is my short interview I had with the wonderful and inspiring Annie Edgar. (Later in the week, I was fortunate to visit the forest where Annie holds the classes. I took my niece and nephews with me. We had the most magical time and…

TOP TEN TIPS FOR TEACHING OUTSIDE FROM PROJECT LEARNING TREE

From the Project Learning Tree Site

Keep your child comfortable on a hike by layering clothes

On all but the hot, dry days, you and your children should wear multiple layers of clothing that provide various levels of protection against sweat, heat loss, wind and potentially rain. Layering works because the type of clothing you select for each stratum serves a different function, such as wicking moisture or shielding against wind. In addition, trapped air between each layer of clothing is warmed by the child’s body heat. Layers also can be added or taken off as…

After the hike activity with kids: High point, low point

Ask your kids what were the highlights and the boring parts or disappointments during the hike. You may be surprised by what they say. It’ll also help you make the next hike even better.

Such activities make a memorable end to a day hike. To keep kid’s enthusiasm charged, “review” the hike in kid-friendly ways. While you really can’t do this with infants, most toddlers and older kids will enjoy it.

Another good reason for kids to hike: Develop character and skills

On the trail, children can learn patience, goal setting, self-sufficiency and self-confidence, all while increasing their attention spans, so challenged these days by fast-moving, action-packed television programs and video games. The physical challenge of the journey and of reaching a summit or an incredible destination generates a supreme sense of achievement in adult and child alike.

A video series and citizen science project for KIDS!

Backyard Planet: Two Kids, a Globetrotting Ecologist, and a Series of Unnatural Events!

CHECK OUT A VIDEO AND OUR KICKSTARTER PAGE HERE:

To help address a staggering divide between children and the outdoors,Backyard Planet combines entertaining…

Give each child a piece of duct tape tacked to a piece of cardboard with the sticky side exposed to the elements. When the kids see something interesting, let them stick it to the duct tape. It keeps kids looking for stuff to put on the tape and makes for a good conversation starter later. Having said this, beware that one of the rules of the trail is to leave things as they are. Still, I can’t see any harm in pulling up a single blade of grass or picking an acorn off the trail if the end… 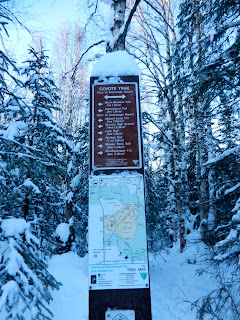 After an early winter cold snap, today's above freezing temps were a welcome treat! 2 dads, 13 moms and 17 kids hit the Coyote Trail. We started at Abbott Community Park off of Elmore. As you…